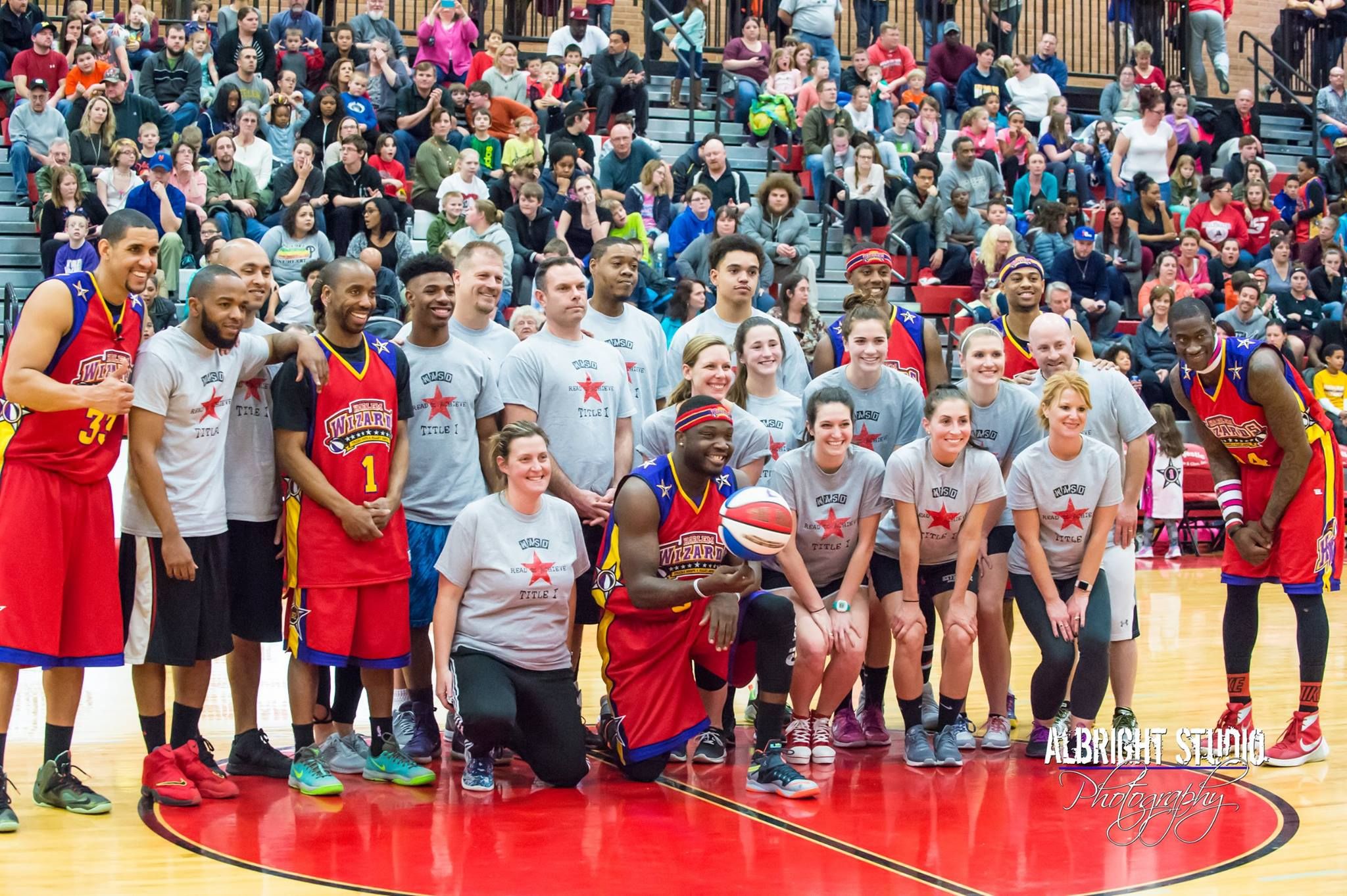 WILLIAMSPORT, Pa. (JANUARY 17, 2018) — Fifteen new players have joined the team of teachers, staff, principals and high school students who will take on the Harlem Wizards in a charity basketball event at 6:30 p.m. on Feb. 12 at Williamsport Area High School.

The event — returning one last time to the Magic Dome — is a benefit game for the Williamsport Area School District Education Foundation (WASDEF), the district’s nonprofit affiliate.

Led by Head Basketball Coach Allen Taylor and his assistant, David Michaels, principal of Curtin Intermediate School, the “Millionaire Magicians” are set to challenge the entertainment basketball squad known for its fancy teamwork and ball handling.

The district’s team of 21 is made up of the following (new players are marked with an asterisk):

A new Harlem Wizards team promises a new show and new comedy, keeping the event fresh for the audience. A special basketball mini-showdown between fourth- and fifth-grade students from Curtin and Lycoming Valley Intermediate schools also is planned for the third period.

This year will mark the fifth and final time — at least for now — for the event that made its Magic Dome debut in 2014. Since then, it’s helped generate more than $43,000 for WASDEF, and has collectively entertained more than 7,500 people.

The WASD Education Foundation is a 501(c)(3) nonprofit organization dedicated to enhancing the educational experience for students.