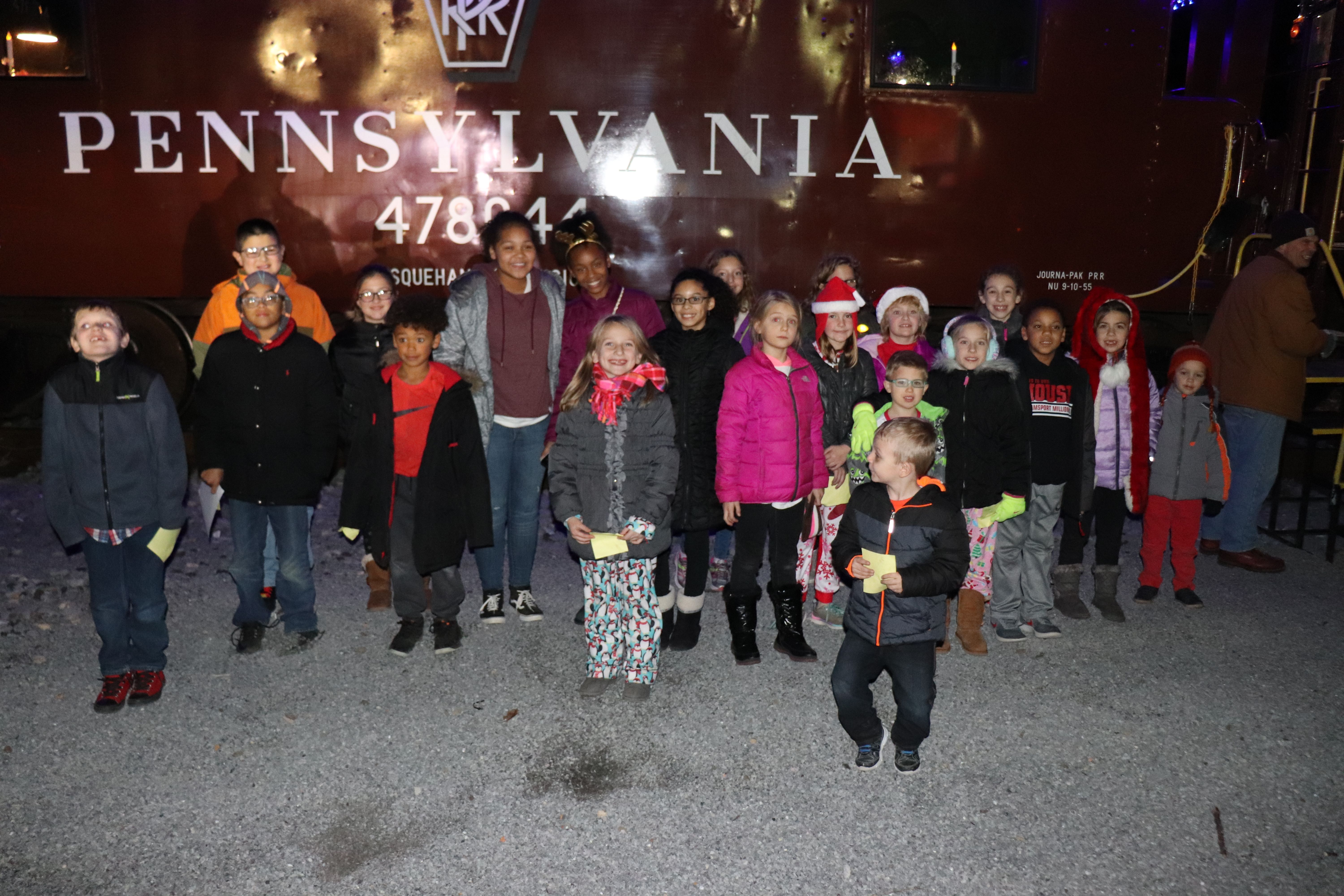 WILLIAMSPORT, Pa. (DECEMBER 1, 2017) — The Williamsport Area School District Education Foundation recently concluded its annual Holiday Essay Contest, during which students in kindergarten through sixth grade were asked to answer, in 200 words or less: “What’s your favorite holiday memory and why?”

From a pool of 234 entries, the top 25 winners were selected and will receive free ride on The Santa Express on Friday, Dec. 8, sponsored by the Williamsport/Lycoming Chamber of Commerce.
This year’s winners are:

In addition to the train ride, two top essay winners were selected and received a $25 gift card to the Cinema Center, sponsored by the Williamsport Sun-Gazette. These two students were fifth-grader Lauren Bogle from Hepburn-Lycoming and sixth-grader Kathryn Stea from Lycoming Valley.

This year will mark 150 students who have enjoyed a ride on The Santa Express — for free — as a result of the foundation’s holiday essay contest.

The WASD Education Foundation is a 501(c)(3) nonprofit organization dedicated to enhancing the educational experience for students by funding programs, projects and initiatives.