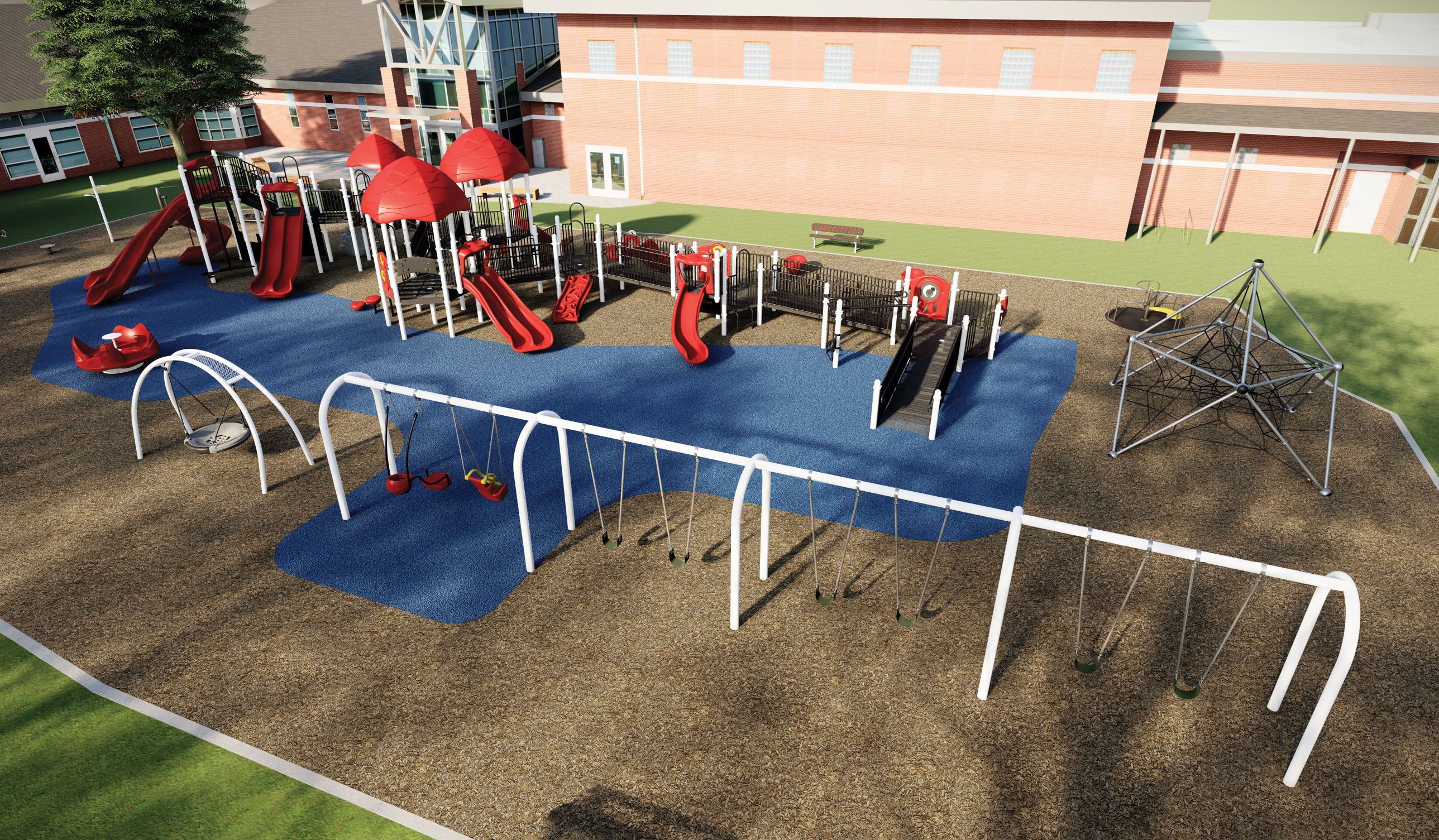 The effort has been in the works for about two years, led by the Williamsport Kiwanis and Rotary clubs, in partnership with the Williamsport Area School District Education Foundation, which serves as the project’s fiscal sponsor.

Since 2019, a steering committee comprised of members from each organization has raised $430,098 in contributions from individuals, businesses, civic groups, and nonprofit and corporate grants.

“This has been an exciting undertaking, and we’ve been blessed with such an outpouring of community support to fund this playground and to help bring it to realization,” said Wayne Fausnaught, committee chair and Williamsport Kiwanis Club member.

Installation could begin as early as mid-June.

At about 9,400 square feet, the playground will replace what’s already on the school grounds and will primarily serve the city’s central and east-end communities. It will be complete with features and equipment that contribute to the five elements of inclusive play.

Plans include poured rubber flooring, accessible ramps for wheelchairs and other assistive devices. It also will have traditional equipment and structures that encourage imaginative and cognitive play, as well as fitness and instrumental activities.

The playground will be constructed closer to the school building, which will provide increased accessibility and lighting, as well as avoid the risk of flooding issues or water damage from Graffius Run.

The school district has agreed to undertake the maintenance of the playground.

Plans for the project originally called for the playground to be installed at Stevens Primary. However, just before the pandemic hit, the committee was approached by members of the Cochran Primary PTO, which was beginning its own fundraising effort to support an upgrade to Cochran’s playground.

“Over the course of the last several months, that conversation evolved into what it would look like if our efforts merged,” Fausnaught said. “As time went on, we explored the benefits of moving the location of the playground from Stevens to Cochran. The risk of duplication of effort notwithstanding, the idea of a new location revealed some stronger advantages, primarily its accessibility, it being more walkable and central to both school communities, more visible in terms of security, and provides an East End playground as an answer to the new West End playground at Memorial Park.”

Fausnaught said the group is looking to raise an additional $80,000 to support an expansion of the poured rubber flooring so that it covers the entire surface area of the playground for enhanced safety and equipment accessibility.

“This is a tremendous gift to our district for our students and children in the community,” said Superintendent Dr. Timothy S. Bowers. “We’re very thankful for the time and effort the committee has put in to make this playground a reality and for the many generous donations given to support it. We’re honored that one of our schools will be a site for an exciting new playground that all kids of all abilities can enjoy.”

For more information on the playground or to make a donation, visit www.kidsunitedplayground.com.